Carl was an amazing help. He did an outstanding job at cleaning our windows. He is super kind and professional. Got the quote right on the day I called and he came over the next day. I can highly recommend Carl.

CJ and his team did a great job! My windows look spotless and they were so friendly and easy to work with. Very responsive! I would highly recommend!

Carl and his crew have washed and waxed several vehicles for me including an RV. They just completed power washing all of my sidewalks, driveways, and deck. They look as good as new! I plan to use his services again and recommend him to you. 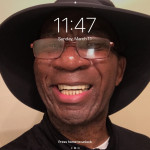 The services provided were exceptional. Our plans are to continue our relationship. His staff is also very friendly.

Carl Johnson just pressure washed all my outside NASTY surfaces. He did a superb job & was reasonably priced for all that he did. A professional!

CJ did a great job

I’m enjoying my clean, clear windows after CJ’s visit last week! He is extremely courteous and professional to deal with. I highly recommend his services!

Wonderful job on cleaning our windows!

We had CJ Windows come out and Clean our windows and he did a wonderful job on the windows and was very thorough. His staff was very nice to work with.

CJ did a great job making our house look fresh and clean—the siding, driveway & sidewalk, and the garage. Will definitely have him back. Friendly & professional.

IF YOU EVER NEED YOUR CAR CLEANED, WINDOWS WASHED, ANY TYPE OF CLEANING SERVICE, YOU NEED TO CALL CJ's Window Cleaning & Pressure Washing Service. They are by far the best in town & I would highly recommend them to anyone. You can't beat their prices, they are professional, hard working & will make sure everything is perfect. Give them a call today.

C. J.'s Window Cleaning Service is the best one I've ever had clean my house and Windows. His team is efficient, hard-working, friendly, clean, considerate and they get the windows squeaky clean. I will hire them for the long haul!

Carl has cleaned windows at my business and my home for several years now. I have always been pleased with CJ's Cleaning Service. I would highly recommend him for any cleaning job. CJ and staff provide quality and professional service. Thanks, CJ!

My car has never looked as good as this since it was brand new! Carl Johnson spent so much time making sure it was nice and clean for me!! Highly recommend!

I cannot speak highly enough of Carl and his work. He has done a fabulous job making my sad windows happy. It's remarkable what a difference it makes in your home when you're suddenly able to see so clearly through windows you never realized were in such need of a good cleaning. I am a repeat customer, and will continue to be one.

Love working with CJ and his team. They do such a great job for Nixon Company and our job sites sparkle!

CJ did a marvelous job for us. We have significantly large windows. Not only are they large, but we're considerably dirty. Would recommend CJ's Windows to anyone.

Carl is down to earth and a very respectful and friendly person! The prices are great and they do a excellent job on detailing vehicles. I highly recommend anyone using them 100%!

CJ's has providing window cleaning and car washing services for our family on multiple occasions. The service is excellent and the prices can't be beat. I highly recommend them.

Best service ever! I would definitely be using this companies services again.

I would Highly recommend CJ's Window Cleaning & pressuring washing business to everyone. He does the best work & has the best prices of anyone in town. He also details your car & he comes to you. He'll do it at your house. So if you need your windows cleaned, washer pressing done or car detailed just call CJ's.

Excellent service! You won't go wrong when you have CJ detail your vehicle. He was a lifesaver in a pinch for me...called him last min before a very long road trip and he got my Suburban trip ready. Thank you CJ!

To preface this review, I had never met CJ prior to this interaction and only came to know him after initiating the call when his business came up in a google search for house power washers in the Tuscaloosa area. That said, I can't say enough about the service provided by CJ's from start to finish. He promptly answered my original phone call and worked in time to stop by for an estimate later that day, after finishing another job. His estimate was thorough and fair, including "before" pics of the house and itemizing several options for powerwashing. While he covered all of those bases, CJ was friendly and never engaged in overly pushy sales tactics. When faced with bad weather on the day we had scheduled for the house powerwashing, CJ was expedient in contacting us with the news. He kept us informed of his plans to reschedule and came through when the first opportunity for clear skies presented itself. Again, CJ reached out when the work was finished (we were out of town by the time the weather cleared) sending "after" pics to show what had been done and to make sure we were satisfied. We returned the next day and the house looked great, despite the fact that a powerwashing was far overdue. I am sure he had to put in a little more elbow grease than the average powerwashing job, but happily took up the challenge and did not alter the original estimate. He offered different options for payment (credit, check, or cash) and made it very easy to close the transaction. From the time I called him to the final payment, CJ was friendly, professional, trustworthy, and skilled. We will absolutely call upon him for future cleaning jobs and recommend, without reservation, CJ's Window Cleaning and Powerwashing to the Tuscaloosa Northport communities.