Ok, first of all, I had a million concerns & Erin addressed everything with such professionalism & kindness. I have not gotten that elsewhere! She provides the ONLY truly custom recipes I have found. Others simply are portioning meals for your dog but they aren’t exactly custom. She takes her recipes to another level by creating something that is actually worth paying for. I have recipes from several other nutritionists but they did not give me the info and personalization I found here. I can not recommend her services enough! Truly the best out there!!

I have purchase diet plans elsewhere but NO ONE has ever been able to help my cat like Erin did. I am so happy with everything and I would highly recommend her to anyone!! Worth the wait!!!

I am so thankful for Erin at Raw Pets Rule! We have been feeding a raw diet for 3 years now, but we are to the point now where we wanted to make sure nothing was missing in the diet. I am very detail oriented when it comes to my dogs diet and her meal plan analysis was amazing. Naturally I had 1000 questions to follow, which Erin promptly answered and made sure I understood everything. Highly recommend this service whether you've already been feeding raw and/or want to start and don't know what to do first, either way you will benefit!!! Thanks again Erin !!

i’m very satisfied with my experience with Erin on her meal plan prep for my dog! it is completely customized for him and she kept his health concerns in mind to adjust accordingly. Erin made everything a breeze and is so great and knowledgeable if you have any concerns or questions! 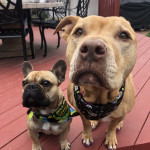 Just do it already! We’ve been feeding our pup and foster pups raw for over 5 yrs. Took a ton of time and energy to get it right and we STILL purchase meal plans every so often to make sure we are on the right track! We finally found the whole package right here! Erins meal plans have been the best by far. It will save you that time and energy! The cost of her plan gets you much more than that. You’re paying for peace of mind and also the unlocking of a tremendous resource! Erin is a passionate educator and that type of customer service is exactly what was missing in other plans we’ve tried. Stop thinking about it and pull the trigger. Your pups will thank you for it. 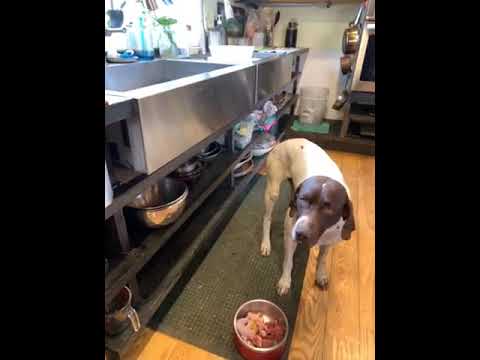 hi, my name is Coop and I am the pickiest eater ever.... that is until my mum got her act together and found Ms. Erin. Erin’s recipes and help have made my mum super duper smart now. You can tell from my video that I’m still not 100% confident in my mums skills but hopefully she will stay forever connected to Erin! Woof and go get recipes from Erin. I even lick my bowl clean!!

Erin is the best in the raw diet formulation business. I’ve studied raw diets for canines for years, and I’ve never come across someone as helpful, knowledgeable, professional, and talented as Erin. She is the only person I would ever recommend to formulate a raw diet. I use her meal plans to deed my four dogs and they are thriving. I highly recommend Raw Pets Rule!!!

Coop, my almost three German shorthair pointer, was a picky eater, buried his food, walked away from his meals, so skinny that all of his ribs were showing, he was yeasty and his eyes were red and constantly itchy. Coop has been eating Erin’s recipes for about three weeks and he eats every single ingredient and licks his bowl dry. His body was so out of whack because I was simply over feeding him. In the last three weeks, Coop put on weight, he has NOT smelled like a cheese doodle, he is engaged and more playful, shows an interest in food, and although his eyes are still red, he is not rubbing them as much. Erin’s responses to my questions were and remain thorough, kind, understanding, and very friendly. Erin demonstrates the mind of a genius yet the relatability and empathy of and towards a dog owner who only wants to do what is best for their dog. Erin’s services for Cooper have literally made me weep because of how well he is doing. The diligence, care and precision in Erin’s work is a game changer for animals and their two legged. Sorry for any typos or bad grammar.