It's hard to overstate Bob's help in purchasing our vacation property in Jay, NY: 1. He has picked us from the airport and showed the property. 2. He has been instrumental in negotiations with a difficult seller. 3. Always available for advice on process or status. 4. He knows everyone: he recommended the lawyer and loan officer who handled our transaction and who were great to work with. He also knows the sellers agent, all the law firms involved (even on seller side). All that rapport allowed us to trust the parties involved and focus on the deal. This was particularly important in our case as we came from far away. 5. He was happy to help us with non-directly Real Estate stuff too, like referring professional services or anything else we needed. We definitely plan to ask Bob for help with any Real Estate related needs in the future. Thanks Bob!

Bob Miller was a greater factor than we could have ever imagined in making it possible for us to buy our dream home! In hindsight, the best thing that we did in our home buying process was taking Bob's advice on everything. We were from out of state, and Bob drove an hour each way and tromped through overgrown fields to take additional pictures and video for us. Bob's recommendation on our initial offer, price negotiations, credit requests, home inspector, lawyer and bank were pivotal. We were incredibly happy with Bob and his team through a lengthy process during a difficult time. Business aside, Bob is a genuine and positive person who is a joy to spend time around. We know he has directly made our lives better in many ways! Do yourself a favor and go out of your way to use Bob as your realtor. We could not recommend him enough.

Bob is fantastic! He took the time to get to know us and what we were looking for (even as we were trying to decide ourselves). Super helpful every step of the way and clearly knows the area incredibly well. If you are looking to buy in the greater Lake Placid area, you want to work with Bob.

Bob did a great job marketing and selling our small seasonal property in Saranac Lake. From his excellent staging photos and multi-media marketing to finding just the right buyers, we were quite pleased with his services. Highly recommend Bob if you're thinking of selling.

Bob Miller worked with us for a couple of years while we were searching for the right home. He was very patient during our decision making process and always offered good advice. We are in our home now because of Bob's expert knowledge of the area and him showing it to us. We had not flagged this home as a potential ourselves and would have missed out on it if not for him.

Bob has been my realtor for 3 different transactions as well as family members. Honest and integrity are not just a cliche in this case! Bob has been measured, supportive, as well as based in reality when providing advice and guidance. It's what Bob does, and he does it well!

Bob did a fantastic job for our home purchase. He was able to patiently walk us through the whole process and answer all of our questions. While just giving him some basic information, he was able to make several suggestions and lead us to where we needed. We are so happy with the house we purchased (one that he suggested the first day we met!) and how everything went. He clearly knows the area, and you can tell how much he cares about the area just in the way he talks. He took the time to listen to our needs and provide us proper direction. His communication was great, not only in its promptness, but also in putting us in touch with the various parties and checking in on progress along the way.

Bob was prompt to visit when called and had my listing up quickly. My house sold the first day on the market. Doesn’t get any better than that! I would strongly recommend Bob Miller and the Merrill L Thomas firm to anyone looking for a realtor to sell their home!

In addition to the excellent traits above, Bob is just a downright nice guy. He's extremely personable, smart, and hard-working for his clients. He also has great recommendations for the area in which we bought, be it social events or contractors. As this is an investment property, those recommendations will be very handy and help alleviate concerns we may have had for being new to the area, and new to the investment property experience. We would definitely recommend Bob to family, friends, and acquaintances.

Excellent job marketing and selling our home. 26 May 2019 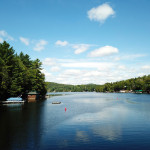 Bob did a great job marketing and selling our small seasonal property in Saranac Lake. From his excellent staging photos and multi-media marketing to finding just the right buyers, we were quite pleased with his services. Highly recommend Bob if you're thinking of selling.

Bob is the best real estate broker in town. He knows the local market so well, that he is able to articulate both a sale strategy and define the closest selling price to make the overall process fast and efficient. I highly recommend picking Bob for your real-estate transactions.

Bob helped my wife and I find and purchase a beautiful second home in Lake Placid. His overall level of service was nothing but outstanding. Bob was incredibly responsive and resourceful during our home buying process. He really gave every effort to keep things moving along to our scheduled closing date and he has even been an excellent resource to us since closing. We would highly recommend Bob Miller to anyone wishing to list or buy a home in the Lake Placid area.

We had an amazing experience start to finish thanks to Bob. His knowledge of the local market and region was most impressive. He was quick to respond to our emails and phone calls. He maintains close relationships with previous clients and was able to gather additional information for us about specific properties and locales. He provided a wealth of knowledge about utilities and other services after the sale.

Bob Miller has been fantastic from the moment we decided to sell our house with him. He was always proactive in organizing open houses and viewings, and never wavered throughout the long process. Bob gave us confidence that he was the best person for the job. We're sure we couldn't have done it without him and would recommend him to anyone.

Bob Miller is a client’s realtor dream! Bob put my needs first, had great communication throughout the process of selling my house and was honest and straight-forward. Bob has lived in the lake placid/adirondacks region for a long time so he understands the market, what buyers/sellers are looking for and how to present your house in the most appealing way. But Bob went beyond just the ins and outs of selling a house. I live in Philadelphia now, with small school aged children, so it was very difficult for me to get up to LP and bob took care of everything. From changing light bulbs, to cleaning the carpets AND windows himself! And my house had a lot of windows…He made sure the driveway stayed plowed during this snowy winter and gave helpful suggestions on what could be done in the house to get the best price. Again, Bob knows the area and has been in his line of work for a long time, and it shows. The process couldn’t have been easier from my end and I couldn’t be happier with his results.

If you found your way to Bob Miller, your search for a realtor is over. My wife and I first met Bob in 2016 when looking for a home around the Lake Placid/Saranac Lake area. Things move slowly in the North Country with a couple exceptions, Bob Miller being one of them. We were impressed right from the start with his response time. I thought to myself, “ This guy is hungry and appreciates hard work.” Our search began and Bob’s knowledge of property taxes, communities, schools, and proximity to employment was priceless. We enjoyed the process and had fun with it. We eventually found a beautiful place and Bob helped us negotiate a great deal! I say that in one sentence but closing on a home was really an ordeal and Bob helped us tremendously. Septic, home inspection, lawyers, final negotiations, chimney service, land surveys, closing dates......... you get the point! We were both working full time so prompt communication from Bob really minimized the stress associated with closing. Fast forward a couple years and we decided to relocate from the area for a warmer climate/jobs. We had a put some serious money into our house and were nervous our investment would be lost when selling after such a short time living there. Bob gave us some great advice and helped buyers see our upgrades. We had multiple good offers and were under contract within a week. To be honest, we were shocked things moved so fast. You can go on Zillow and see how long houses sit for in the North Country if not marketed or priced appropriately. Again, his response time was on point. Bob remained professional during the whole process even though we had become friends over the past couple years. We still remain in contact even after our out of state move. He is a down to earth great guy. For buying or selling in the general Lake Placid and surrounding communities Bob is your guy.

If you want a true professional who listens and is responsive, then Bob Miller is your choice. His marketing methods attracted buyers and we were blown away to have three offers made the first week the house was listed!

My wife and I fell in love with Lake Placid and decided to buy a second home there. We found Bob through a search of local realtors. We did not know Bob previously but could not have been more impressed with his knowledge, understanding, patience and assistance with us as buyers from out of the area. As a result of Bob's efforts we purchased our dream home in Pine Hill. Bob's demeanor and approach truly made the real estate process so comfortable that he has also become a close friend! We trust Bob implicitly and would recommend him to anyone looking to buy or sell in the Adirondack High Peaks area.