It was a bright, new day. The hermitage lay in silence, and it was a silence of three parts. The first was an indomitable quiet that came from nature. This silence lay in the valleys, climbed the hillsides and covered the serene landscape. It was a silence that absorbed the birdsong flitting through the air. It sat unperturbed by the gusts of wind who created a slow, rhythmic ocean sound as it blew around the trees and the hermitage. These sounds paid reverence to the silence and strengthened the knowledge of it. In this way the birds and the wind contributed to this vast and first silence. The second silence was from things that were lacking. If there were people chatting on phones, cars bustling up and down the road or the click-click of key strokes as people did their work then the silence may have been chased away, scared off by the busy-ness of the modern world. Of course there were none of these things, and so the silence remained. The third silence was not an easy thing to notice. It lay in the hands of the occupants as meals were prepared and dishes were cleaned. It was in the careful and meandering steps as the paths were tread. And it rested deep in the hearts of the people of the hermitage. The third silence was a vast emptiness - vastly filled. It was this silence, above all other silences, that was being recognized and cultivated at the hermitage. It was this silence that contained the boundless joy, and love and wisdom of the people here - it was the greatest silence of the three. Thank you Bruce, Ruth, and Brenda for helping me find silence. I am truly grateful. Bruce and Ruth have created a true sanctuary for healing, meditation, contemplation and self-care. The environment supports your focus on what most needs your attention. The silence was a profound experience - I want to return for more. This place is a treasure. 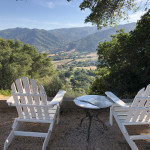 I came here for a vacation and ended up deepening my meditation practice. This place is great if you would like to do a solo practice on your own schedule, surrounded by natural beauty. And with all the conveniences of home with a full kitchen, as well as the hot tub and pool. I enjoyed the sense of spaciousness, peace, and community that is here 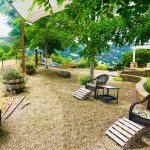 My wife and I had a short weekend at Silent Stay; the natural beauty and kindness is palpable. We will return. In a world of constant noise and distraction, I came here to find the silence I needed to open my mind to face important changes and decisions in my life. I found that silence that I needed, but I also found more than silence. I found myself and understood awareness. Those learnings will be with me forever and will help me to understand the world beyond intellect and emotions. I think this will help me, but will also help me to help others. I want to come back with my beloved ones, especially my daughter. Thank you so very much... Luis 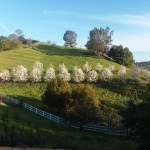 My time was magical. I fell in love with taking time to nourish myself, preparing my meals and having  free time in my week for being rather than doing. Although I had meditated on my own for years, my time with Ruth and Bruce allowed me to deeply understand my ability to receive and offer in my own stillness. After four days, I gained more rest and clarity in my mind and heart than I had felt in years. This is a sanctuary I will hold dear and look forward to returning “ home” here soon 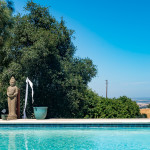 I had the most peaceful pressure-free time at silent retreat. Ruth and Bruce are lovely easy going people. The meditations, particularly the one on one with Ruth, are incredibly profound. Everything you need to relax is there. I was taken aback by the incredible surroundings and peacefulness of the property itself. I will be back as soon as possible and I highly recommend it to anyone looking for a safe place to just relax and to have the permission not to talk and just enjoy yourself. 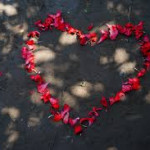 Ruth and Bruce introduced me to my heart! I am relatively new to meditation and in just a few short days, I learned to mediate with their guidance, released my 'inner child' with the help of their books and one-on-one session, and discovered self-healing in my energy healing session. My stay was truly a life changing experience and I will be making this a regular routine for myself to maintain the sense of connection, lightness, joy, and fulfillment I had leaving Silent Stay. I am infinitely grateful for these two wonderful souls! 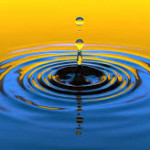 I visited Silent Stay back in November for a couple of nights. When I had my session with Ruth, I had mentioned that I was upset about what is happening in our world, with the state of US and global politics, the great divisiveness in our country, etc. In response, Ruth talked about a monk meditating an a cave and how he is putting higher vibration out into the world and suggested that by me being kind, loving, etc, that I could do good by putting that into the world. She used the metaphor of dropping a pebble in water and the ripples spreading outward. Fast forward to January when I was at a yoga retreat, hosted by San Francisco musician Michael Franti. The first night, Michael asked each one of us why we were there. I talked about about our conversation and that I want to learn how to be a bigger pebble to ripple good out into the world. He came back to that metaphor at the end of the week and is now using it as part of his music !!! I wanted to let you know so you know how you are creating positive ripples in the world. :) 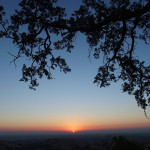 I loved the quiet, calm and peaceful environment Silent stay provides. The meditation led by Bruce is a reminder to incorporate that in my life, the one on one with Ruth was definitely one of my favorite experiences. The property was quiet and clean and not crowded. I can’t wait to return again. You can bring in your books but their library is pretty rich. They also have books written by them. And some merchandise we purchased as well. Bring some cash for the merch and donations. There is a shared kitchen that’s fully equipped. You can bring in groceries so you can cook or you can bring already prepared food. The view from any angle of the property was amazing! There is a swimming pool and  hiking trails. One of my fav activity was to lay on a hammock and watch the sunset. Taking guilt free naps, practicing mindfulness and spending ME time. Bruce and Ruth were warm and welcoming. Serena welcomed us and answered all our questions.  She gave us an orientation upon our arrival. We enjoyed our stay. Definitely will be back and highly recommend to others :) 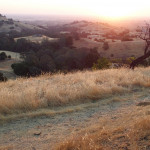 I'm so glad I took the time to go on this retreat. It was a great opportunity to reset and level up on my meditation (I meditated several times throughout the day in addition to the morning and evening sessions with Ruth and Bruce). Through the silence, I was able to really take a deep look into my own thinking patterns and get to know myself on a deeper level. I'd love to go back! I didn’t realize just how much the experience meant until I left. I am very grateful for the retreat and the hospitality provided by Ruth and Bruce. The 1:1 meditation that Ruth leads with each guest was especially interesting and eye opening. I've been to a few different retreats, and I particularly enjoyed Silent Stay better than others for it's intimate setting. I look forward to returning! Silent Stay Retreat Center with Ruth and Bruce was the perfect place to deepen my meditation practice. I have meditated for a long time but I had hit something of a block. Ruth's wise words my very first evening were just what I needed to hear! Walking on the land and gazing at the stars do much to restore spirit. I hope to go back again soon! 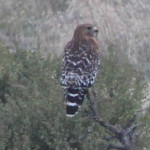 This is the place to find the quiet within yourself, and to get the peace you can't really find anywhere else. Ruth and Bruce were amazing hosts and guides, and helped me to find the silent path to some answers within myself -- and I will be forever grateful for it. Thank you! 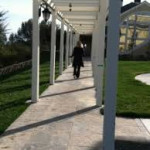 Thank you Ruth and Bruce for reconnecting me to my heart centered meditation practice. The space you've both created is nothing less than sacred. My experience at Silent Stay is always restorative. Peace be with you both. Dear Ruth and Bruce, Thank you for a wonderful quiet stay and meditation guidance. Your retreat is absolutely lovely and I'm grateful for the opportunity to be here. You both have a wonderful presence. I look forward to coming back soon !! Love, Cristy 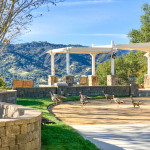 Dear Ruth and Bruce, "Thank you" are insufficient words to offer for the gifts I received from my experience with you over teh past 3 days. My gratitude is as deep as the silence I have had the opportunity to begin to explore. A most special time in my life. Thank you so much for this experience. I can now hear the silence of my heart and embrace the inner peace. I have been truly moved by my time here. This is heaven on earth.