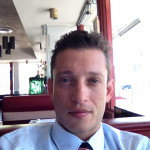 I strongly endorse Chuanyan Nie for his excellent work in translating my book, "A Pedagogy of Questioning," into Simplified Chinese. I was looking to find  an excellent translator to help communicate my book to Chinese educators. I selected Chuanyan because of his excellent communication with me before, during, and after the project was completed. Chuanyan seems to always be available via instant messenger or email and was willing to invest the time on the front-end to ensuring a successful project. I would encourage anyone looking for translation services into Simplified Chinese to get in touch with Chuanyan immediately. I am available for direct communication at any time regarding Chuanyan. Visit www.apoq.org or www.pigeonlaw.com for contact information. 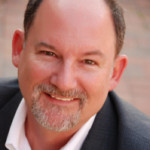 Chuanyan Nie became a good friend and teacher to me during the process of translating Lessons In Truth into Chinese. I selected him because he had already translated many notable authors, including Ken Wilber, Mother Teresa, Ed Bacon and Bhante Henepola Gunaranta. But what I got was not only a great translation, but an enjoyable process of getting to know some things about the Chinese language and culture as well. So I included Chuanyan Nie on the web page with his lovely picture. When my English-speaking readers learned something about his background and saw his warm face, they themselves became enthusiastic and further supported the work he did. Chuanyan Nie is far more than a translator. He was a colleague and friend as well.